The open air picture theatre, named The Capitol, opened in the 1920’s behind the Pine Beach Hotel in Pattison St. It was known as Bryce Begg’s Picture Theatre and was run mostly by the Begg family.

The family took roles as the projectionist, ticket collector and ticket seller. Tickets were sold through a small window in front of the corrugated doors. It was not uncommon for the projector to break down, mostly from faults with the film.

On the left as you entered the theatre was the “Hen’s Roost” which consisted of tiered wooden seats made of slats. They were the cheapest seats at sixpence but had the benefit of being the only seats under cover. Sadly, all Aboriginal and Islander patrons were required to sit in these seats and not in the canvas seats which cost about a shilling. Four canvas seats would be joined together to make a row and were considered ideal for “having a cuddle.”

During rain, the idea was to pull a complete row of four seats over your head, provided no one was sitting on them. The session started with ‘God Save the King’, followed by the news and preview of upcoming films and at least one cartoon before the start of two feature films with an interval in between. Value for money was the key in those days. 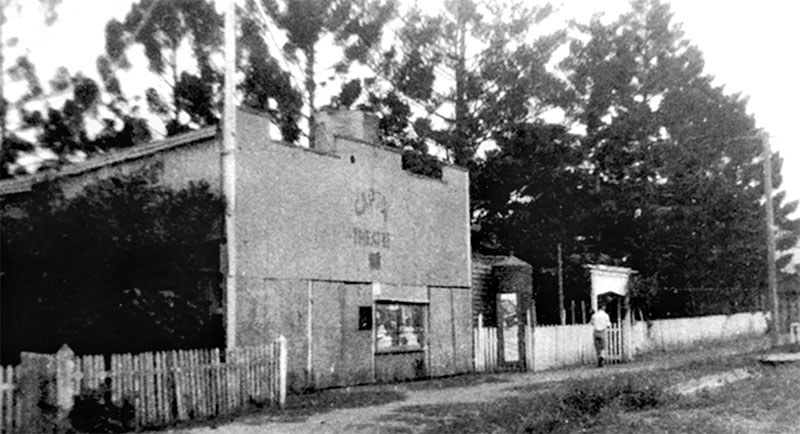