Prior to what is now known as Bell Park, coastal Aboriginals had their main camp in the scrub in this area. The head of the tribe was King Moree of the Darumbal people.

In the 1890’s the Progress Association applied to have this area declared a Botanical Garden Reserve. Bell Park was gazetted in 1899 as a reserve for Botanical Gardens and Public Purposes.

Originally the site included an area of around 40 acres stretching from Hill Street to Pybus Street and from the coast to the railway yards.

The gardens were renamed Bell Park in 1934, in recognition of Emily Jane Bell and William Irving Bell who were involved in opening and maintaining the gardens.

Foot races were called from the timber race-calling tower built after WW2 above a long grassed race track. At this time, May Day picnic races attracted more than 3,000 people. It is believed the timber rotundas and stalls were constructed and financed by Mt Morgan Mine.

The popularity of the park was re-established in the 1940s and the days of the large company and community picnics became common.

For over 100 years the area has held a special association with the people of Emu Park and its surrounds.

The community was actively involved in maintaining the park through the Emu Park Ladies Improvement League and the Emu Park Progress Association and more recently the Emu Park Lions Club.

Bell Park was heritage listed in 2003. 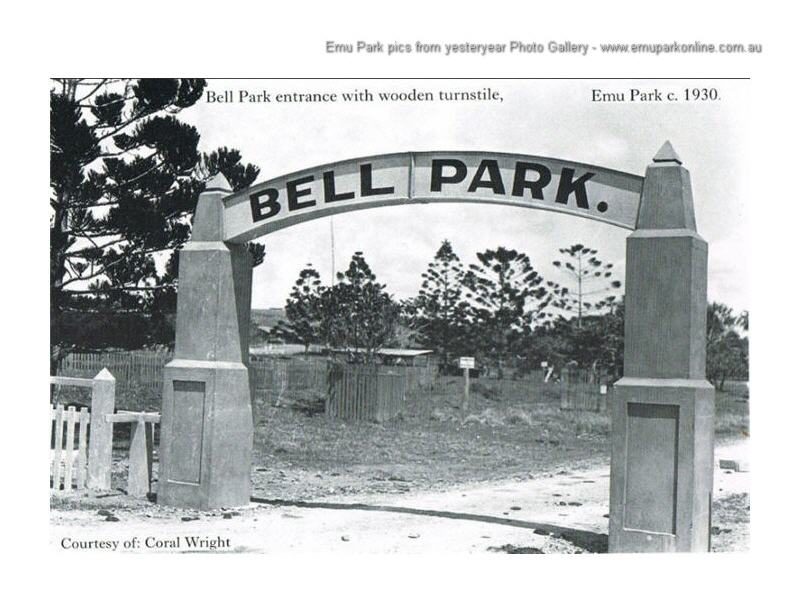