In 1883, holiday makers were making day trips to Pelican Island from Emu Park to bring back large supplies of oysters.

James Morris opened the first oyster saloon in Emu Park under Comley’s Hall and then built a saloon on Fisherman’s Beach.

The Morris’ had oyster leases on Wedge, Halfway and Great Keppel Islands while the McDougalls had leases on Pelican, Divided and Peak Islands.

At one stage, there were as many as seven saloons here. Oysters were unloaded and carried by horse drawn drays. Broken shelled oysters were opened, bottled then sold at 2 shillings (20c) for a medium bottle and 3 shillings (30c) for a large pickle bottle. Oysters deteriorated rapidly without cold storage so ice had to be brought to Emu Park from Rockhampton by train.

The Railway department organised popular moonlight oyster excursions from Rockhampton to Emu Park taking people to the oysters. Large numbers of opened oysters resulted in a huge accumulation of oyster shells heaped outside the saloons. Eventually this mass of shells was crushed and used in the construction of the jetty.

To supplement oyster picking, especially when the oysters were out of season, boat owners took fishing parties out to the reefs. 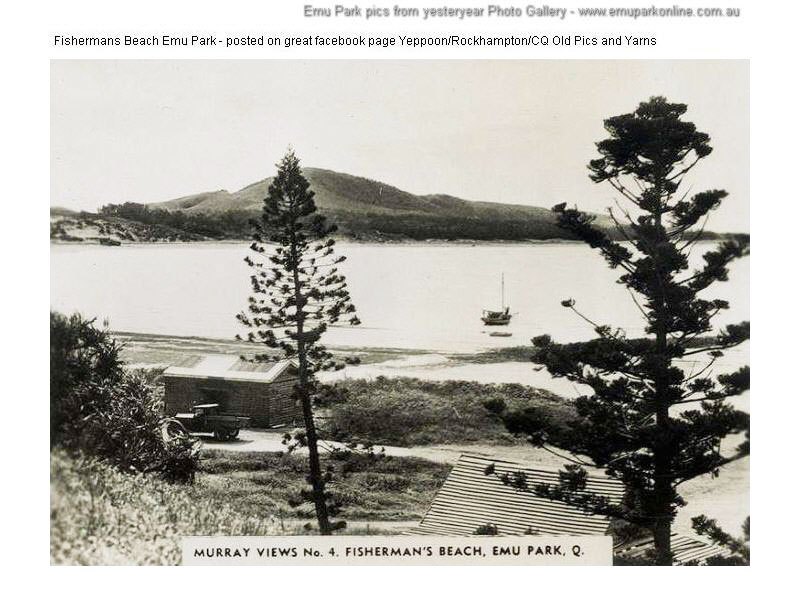 
There is a Chinese proverb that says,
“Those who drink the water must remember those who dug the well.”
If you stop and think about it, much of what we enjoy today can be traced back to someone in our lives who put it there.