Plans for building a jetty to provide a deepwater port in Emu Park began in the early 1890’s. At a Progress Association meeting in 1893 it was moved that steps be taken to have a deep-water jetty built, but little support meant that the idea was dropped.

Several attempts were made to garnish support for a jetty but failed. Oystermen argued against the jetty, saying it would destroy that section of the beach and would prevent sand being naturally replaced by the sea. However, in the 1920’s the Women’s Environment League took the matter up again and were successful. They raised the funds required with no support from the government.

They were able to get the assistance of Rockhampton City Council to draw up the plans and supervise the construction.

It was proposed that the jetty be built in three stages but only the first section of this project was completed in 1924 and opened by Prime Minister Stanley M. Bruce and Mrs Bruce.

On the completion of the first stage, public interest waned and efforts to raise more money for the next section were not very successful. 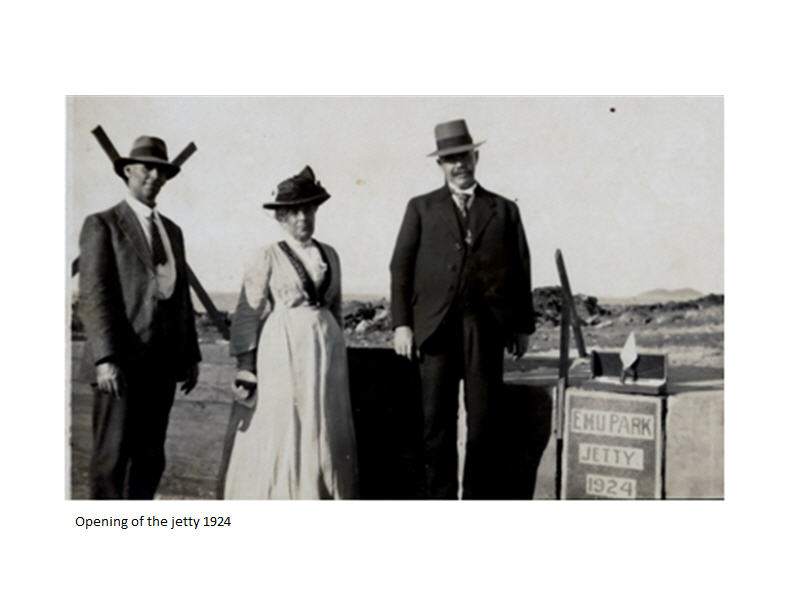