The Brighton was the first hotel in Emu Park and was built on this site in 1871 and run by Eliza Pearson. In 1879 it was renovated and renamed The Blue Bell Hotel. It was demolished and rebuilt between 1886-88 and became The Grand Hotel.

In 1908 it was destroyed by fire and a palatial house was then built on this site. Catherine Begg purchased the house and converted it into an hotel. In 1926, the family moved into the hotel and called it “The Pine Beach” because it was surrounded by Norfolk Pine trees.

At one stage Catherine Begg owned three hotels in Emu Park. In 1944 Dick Tennent took over the hotel and Catherine moved to Yeppoon.

1926During WW2 the licence was suspended as the Armed Forces took over the hotel and it was closed to the public. The suspension was lifted in November 1945, the licence renewed and the hotel continued its business. Several other publicans ran the hotel over the intervening years and members of their families still live in Emu Park. 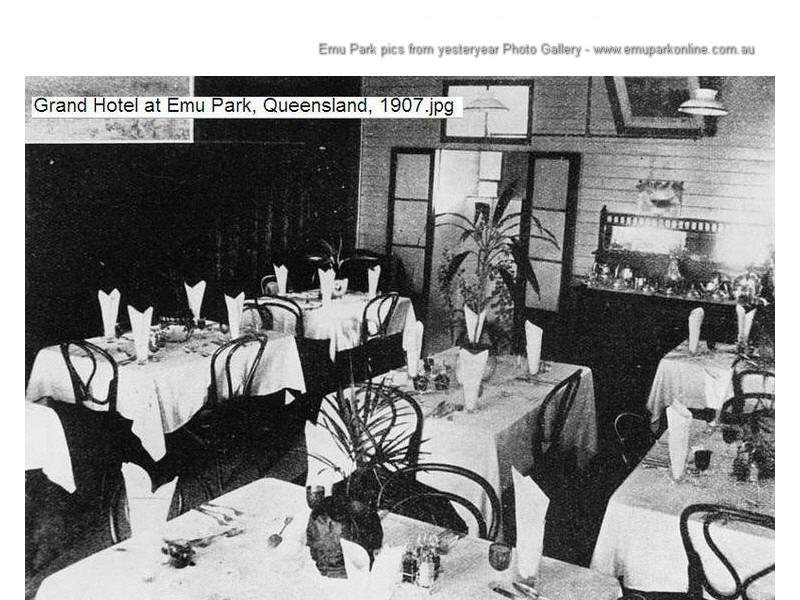