This is the site of Redman’s Railway Hotel. It was built in January 1890 and burnt down in 1905. A Boarding House was later built and in 1912, was purchased by James Bryce Begg.

He built the Grand Central Hotel by moving the Mt Usher Hotel from Mt Morgan to the site and rebuilt it incorporating the boarding house into the design and shops underneath. No expense was spared. The hotel was opened in 1913.

It was considered one of the most modern hotels of the time with “freshwater baths, upstairs sanitary conveniences, electric lights throughout, stables and a motor garage.” Advertising of the hotel prior to WW1 indicates the hotel had electricity. Electricity did not come to Emu Park until 1956 therefore the hotel must have generated its own.

Mrs Catherine Begg was the first licensee of the hotel and this family remained licensees until 1926 when it was leased out. Bryce Begg returned to the hotel in1945.

During the latter part of WW2, many Americans were stationed in Emu Park and, when on leave, many of them would stay at the Grand Central. The hotel was advertised as “the most beautiful natural seaside resort on the Australian coast”. It later became a board i n g house known as The Beachcomber and was eventually condemned and demolished in 1977.

In 1921 a Cenotaph was built outside the hotel and was moved in1951 to its present position outside the RSL building. 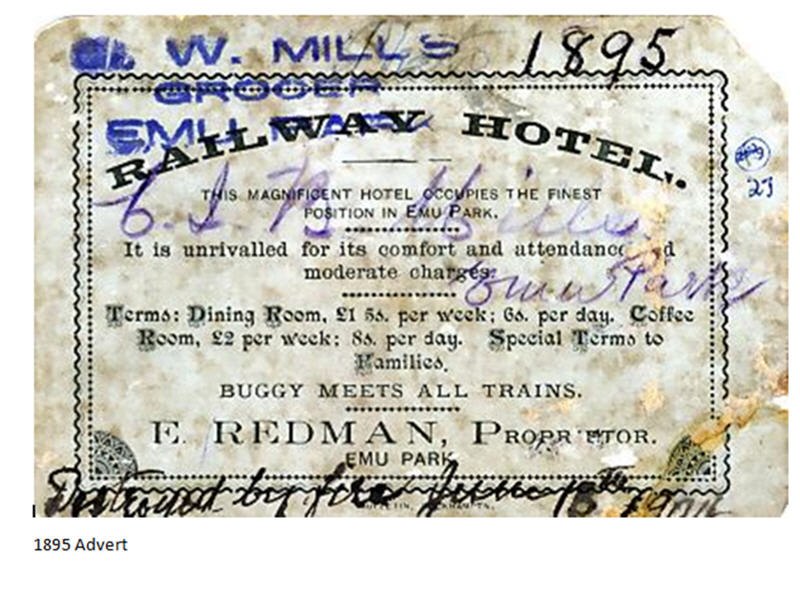