In 1902, Mr Garney, a Rockhampton butcher donated this land for a Catholic Church. The original Mary Immaculate Church was opened in 1904. With time the congregation increased, and in 1923 extensions were added to the church.

The building at the rear of the large photo was the Presbytery which had been relocated from Rockhampton and used as a convent to house the nuns.

A single school room was built under the Presbytery and opened in 1917. When further classrooms were required the church purchased a neighbouring house and in 1920 it became known as the St Agnes’ Convent School.

The school was run by Mother Alphonse and school boarders were housed in the convent. This school was renovated in 1959 and remained in use as a school until 1965. In 1974, after serving the community for 70 years, the original church building was deemed unsafe and was demolished.

The vacant school next door was then renovated and became the church. This building served as the church for 10 years until the current Mary Immaculate Church was opened in 1984. 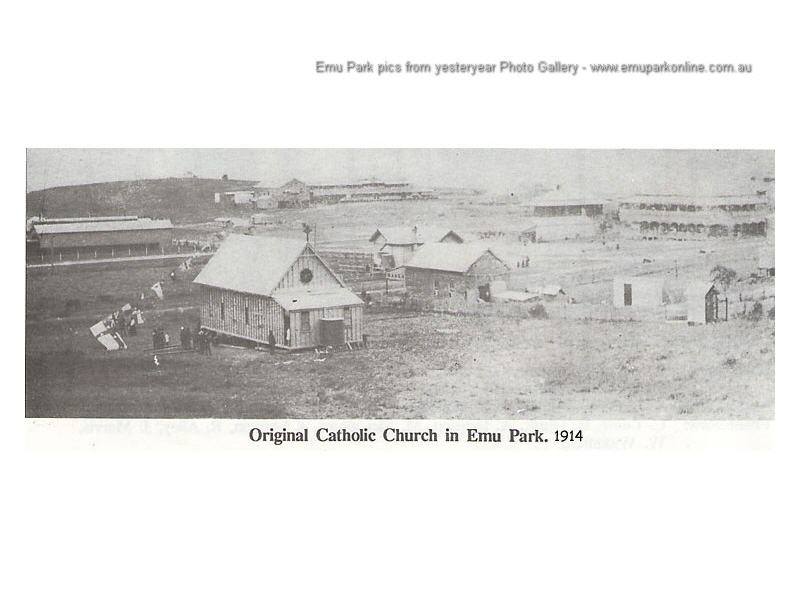