The tin shed in the foreground was once the Ice Works (1) and right in front of it was a small wooden floored skating rink (2). Beside the ice works two shops sat alongside the Grand Central Hotel (5). In 1938 Tom Smithwick opened the first Newsagency (4) in one of these shops.
The Bakery (3) was in the other shop.

The Grand Central Hotel has its own information site No 9.

After WW2 the Begg family disassembled material from an Army Camp at Thompson’s Point and stacked it on this land for a couple of years.

In 1950 a Picture Theatre was built on the Imperial Hotel site. People came from everywhere to attend.

Aboriginal and Islander people had to sit in the back row and were ejected if they sat anywhere else.

Frank and Bev Green bought the theatre in 1969 and turned it into a hardware store.

The Green family resided in the living quarters at the rear of the store. For many years this store sold a variety of items and was well patronised by locals.

It was demolished in 1992 to make way for new shops.

The Imperial Hotel was built in the late 1880’s. James Bryce Begg, a Scottish immigrant, and his wife Catherine arrived in Emu Park from Mt Morgan in the early 1900’s and bought the Imperial Hotel.

The Begg family were prominent business people in Emu Park. By 1912 the Beggs owned all the property on that side of the road in Hill Street from Pattison St to Archer St.

In 1913 they leased out the Hotel and built The Grand Central Hotel.

The Imperial continued to operate until i t was destroyed by fire in 1925. 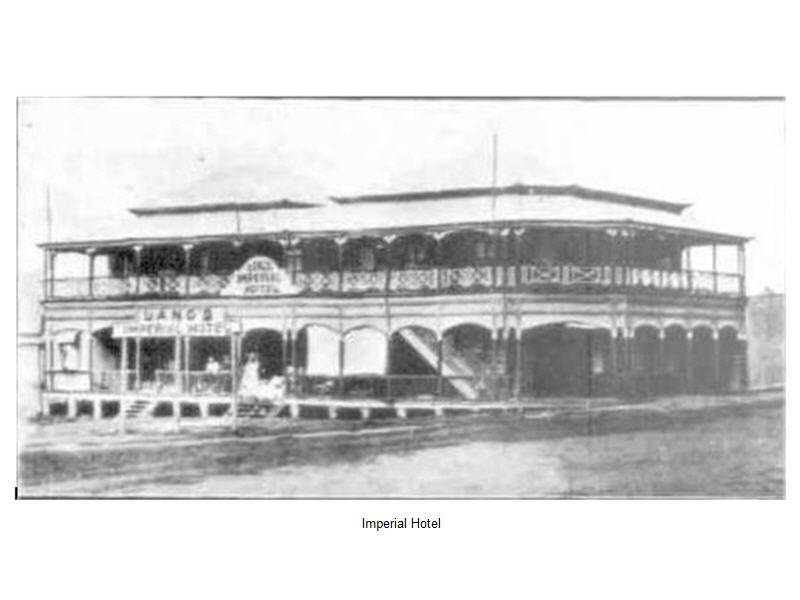