In November 1883 Emu Park’s flrst Post and Telegraph Office was buiIt and opened on this site. The Post Office was then relocated to the Railway station and in 1882 this building became ‘The School of Arts’.

In 1866 this Iand was reserved for a Post Office. Up unti1 1879 postal services were delivered by Cobb & Co to the Bluebell Hotel and after that to the Emu Park Hotel.

A Library was opened in 1902 with1,145 books. The first librarian was Rose McLelland. She and future librarians were not paid but lived on the premices rent free. In 1921 Mary Morris who had been the librarian before WW1 and continued until 1934 was instrumental in having a dance hall built on Iand beside the Library. Beside the hall were tennis courts and two croquet courts facing Pattison Street.

The hall burnt down in 1945. The committee that ran the library didn’t have any money for books. Books were sourced from the community and this oan be attributed to Tom Smithwick. He became Secretary of the School of Arts committee and his wife Victoria, took on the role of librarian in 1936.

Tom collected books and delivered them to the residents on his bike. He was responsible for a credit balance in the bank for the first time. As there was no Government assistance in those days, they built up a private library and in 1938 opened a newsagency over the road which included the Library. The building became a Medical Centre from 1983 and was entrusted to the Emu Park Museum in June 2007.

The Post Office was eventually moved to Pattison St, where the Edmistone family ran it for 65 years until 1998. 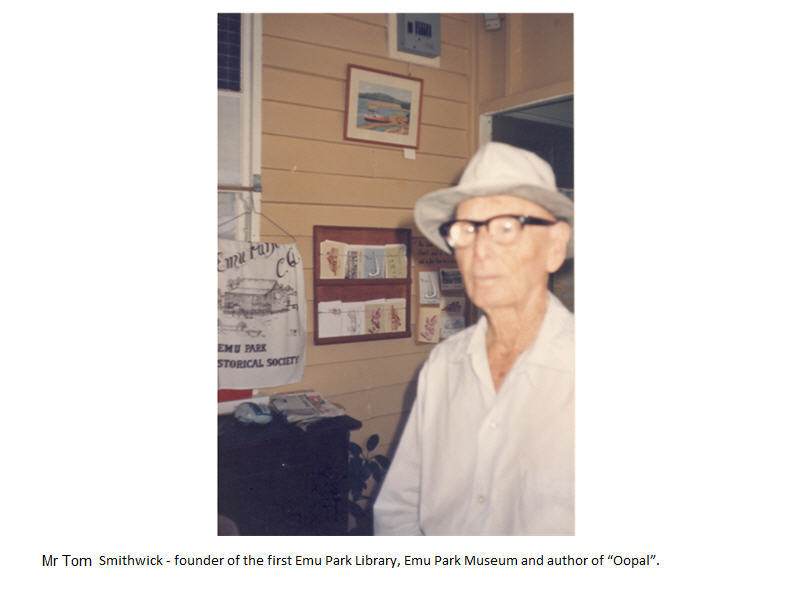